A crash course in using GPO telephones in the modern world 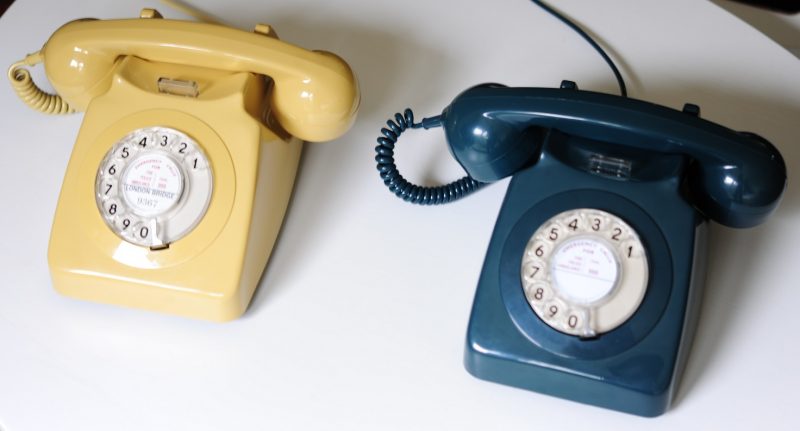 As tempting as it can be to grab one of those shiny replicas we often see in nice-things-shops I can tell you it is well worth having a real one. If could just spare a little time for a few boring details.

I recently purchased purchased a couple old GPO 746F rotary dial telephones (a.k.a. NZPO 100 for New Zealanders like me). A true icon of British design, but suspiciously archetypal of the earlier American Model 500 telephone.

There is only one reason to have these around the house: Because they look pretty. Being an of an engineering mindset, pretty things have to be functional too. Even if I barely use them, in the event that I do take one off the hook – it’s got to work perfectly.

To get these phones working perfectly in the modern age – there are a few modifications which need to be made to get the best experience. These are:

These phones originally sold with prehistoric carbon granule microphones which worked well… for the first few years or so. BT Soon realised they were a little flaky so issued an official upgrade – part number ’21A’.

These were made by a few manufacturers, each differing in appearance. All work good. For some reason the red ones are particularly sort after, I believe this is because they fit into the earlier 300 series phones, so not worth paying the premium for if that’s not what you’re working on.

Most phones sold on eBay are advertised as ‘Converted’. This just means that the phone has been rewired for use with the plug and socket system. In every other way these phones remain prehistoric.

I wouldn’t waste time with a standard ‘converted’ phone, because (assuming you have a BT landline, because it won’t work on anything else) – you’ll be able to be dial numbers, but as soon as you’re in a menu i.e. internet banking or a customer service line, you’re stuffed as these systems cannot understand pulse dialing.

To get around this we must add an extra device to the inside of the phone – a pulse-to-tone (DTMF) converter. The most common product which does this is a Rotatone which is available from a number of vendors.

For the serious DIYer – take a look at this.

Pulse to tone converters also add speed-dial / redial functionality too, which is a bonus because while dialing a phone number on a rotary dial is a novelty at first, it quickly gets tedious. 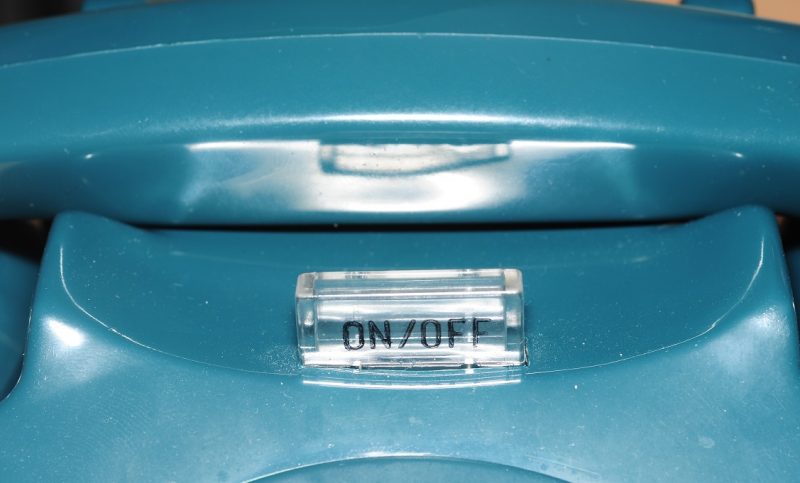 This is optional but the bells in these phones (as lovely as they sound) are particularly loud. You’re going to want a way to mute them in the event you don’t want to take that pesky sales call.

This is all a bit technical. Can’t I just pay someone to do all of this?

Sure. This company will do it all for a price – you’ll get a nice phone but it will likely contain some reproduction parts. Select ‘Bell On/Off switch’ and ‘Pulse to tone’ option when purchasing, and you won’t have to lift a finger.

There is a solution – using an FXS to SIP Analogue Telephone Adapter. There are heaps of products available (I’d recommend a Cisco SPA 112).

It creates a fake phone line, allowing your phone to work over the internet. You’d then have to subscribe to an online SIP provider (your ISP may even provide this service) to get your phone number.

In my own setup, I have a Cisco 2900 series, with a VIC3-4FXS which’ll do any cadence and ring frequency you like. The other bonus  with this approach is that (assuming correctly configured) the phones can be assigned internal extension numbers and call each other directly. Note: UC License is required to use one of these modules.

Line and ringing voltage on these cards is lower than a BT exchange would produce, however this does not seem to result in any noticeable difference.

One last think you’ll need – a few of these:

An RJ-11 to BT adapter – because ATA’s don’t have BT sockets on them. These typically (should) contain the ‘ring capacitor’ normally found in BT master sockets. Without it, the bells in the phone wouldn’t work.