“PCB800099”, also known as VS-TY2662-V1 is an LCD controller PCB which has entered the market relatively recently. As per usual I have no idea who designed either the board or who wrote its software, but I do know it is based on the Realtek RTD2662 controller, although some may be labelled RTD2660 (which in theory means no HDMI), but if your HDMI input works, it’s an RTD2662. This is just sloppy chip labelling. The RTD266x family represents Realtek’s “TV” lineup, and using this, you notice it. 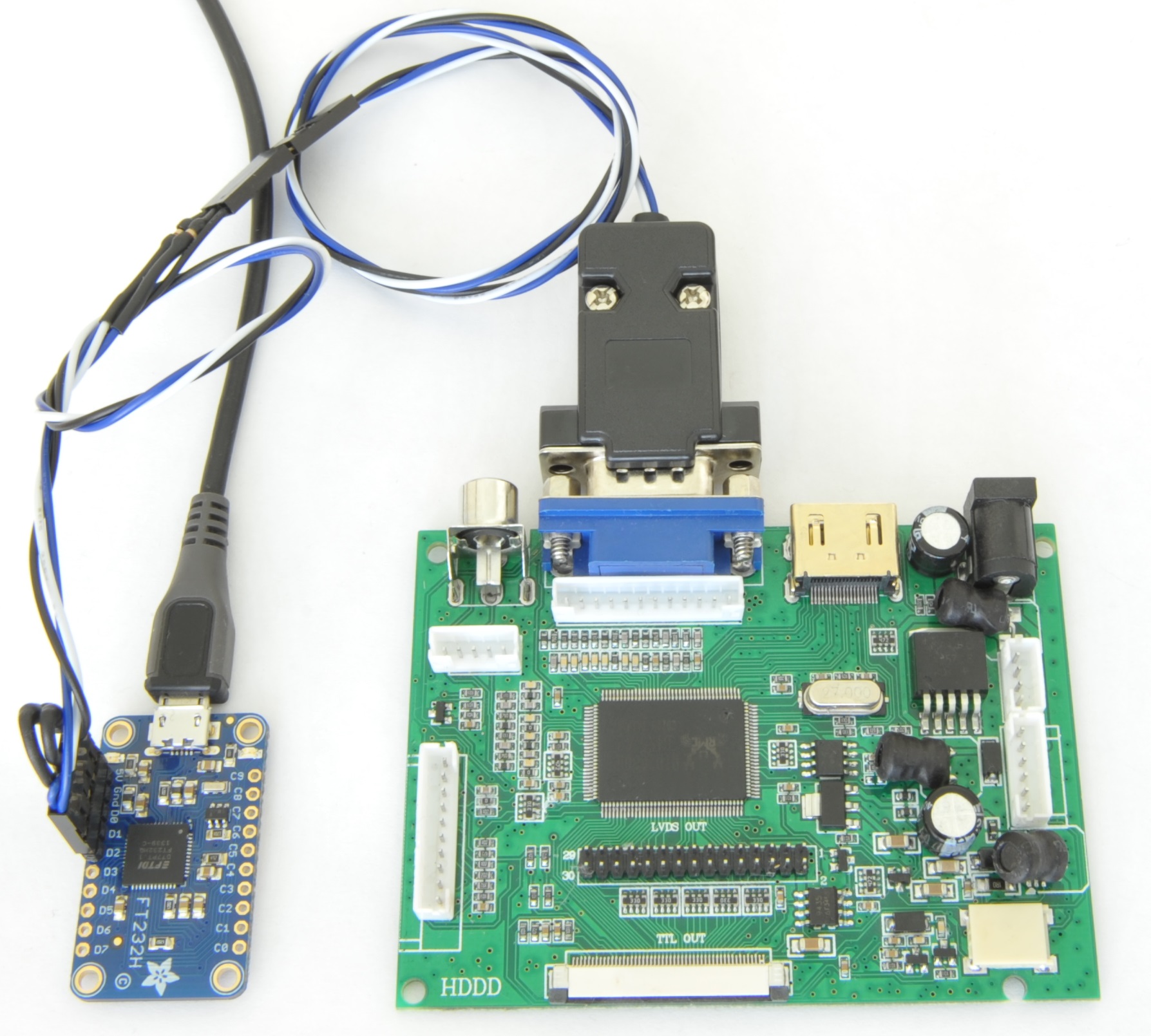 With my favourite variety (the RM5451 and variants) of D.I.Y. LCD controllers getting long in the tooth, and this also being a Realtek looks like a promising replacement, but having ordered one, I’m not quite sure it is.

Here’s the things I didn’t like about it compared to R.RM5451:

But it’s not all bad. I’ve added support for PCB800099 to my ROVATool application, allowing a USB programmer (More here) which at least makes the programming of these boards a bit easier, but I don’t support editing.

The panel I used here (LP171WP4) is unsupported by the supplied images, but by picking one with the same resolution and LVDS interface type and modifying the embedded EDID blocks I was able to get it working.

Overall the hardware solution of the RTD266x is a clear improvement over the RTD2120L + RTD2545 combo of the RM5451/RM5251, but unfortunately in this case, unless you’re happy with the insides of a cheap TV, the same cannot be said for its firmware.

It’s no secret that the source code for the firmware that runs on this board is out there. Licensing arrangements? Who knows.

A reader has kindly posted a source snapshot on github (originally provided by another reader) of the firmware, including the changes needed to make it actually compile and program with ROVATool.

You can view it here.

Merge128K.bat has to be executed after compilation – to create a single .BIN file which ROVATool requires.

Contacting me about this board

I get a lot of emails about this board to the effect of “I just bought one of these – how do I make it work with X?” If you’re thinking of sending one, please don’t. Trying to train up even a single newbie on this subject can burn hours of my day.

I am always keen to hear from people who have already been on the journey of learning about display controllers, and are at an advanced level of understanding, and perhaps even may have something to add to what I have here.