If you’re a dab hand with the soldering iron, It’s fairly simple to modify some Altera USB Blaster II clones (that is, ones that are based on CY68013A/CY7C68013A or similar chips) to become a ROVA USB-TOOLS programmer. This is because ROVA USB-TOOLS is based on the same Cypress EZUSB-FX2 microcontroller.

All instructions and images below were provided by Rajko Stojadinovic.

Before we go heating up the soldering iron, let’s first change the firmware on the USB Blaster to that of ROVA USB-TOOLS. 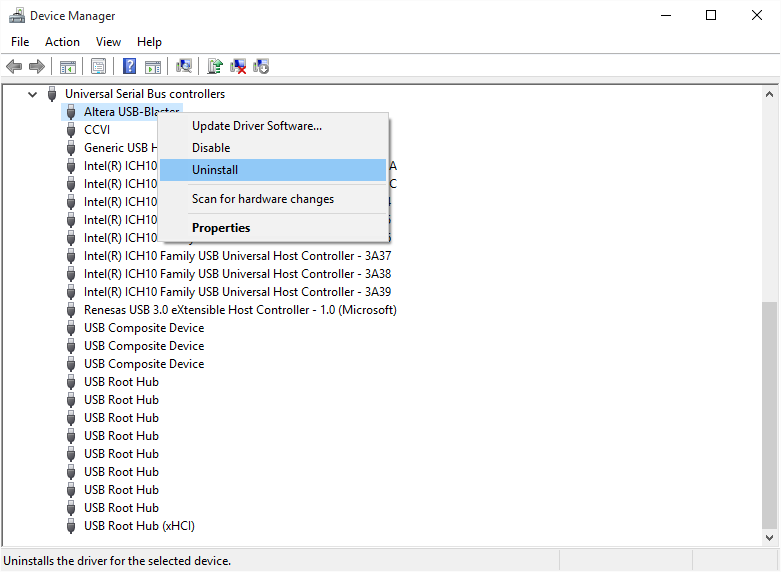 Now, select the unknown device, and force Windows to use the Uninitialised ROVA driver. This is done by selecting the “Browse
my computer for driver software” option, then selecting “Let me pick from a list of device drivers on my computer”, then
selecting “Have Disk…”.

Once you’ve done that, you will see this: 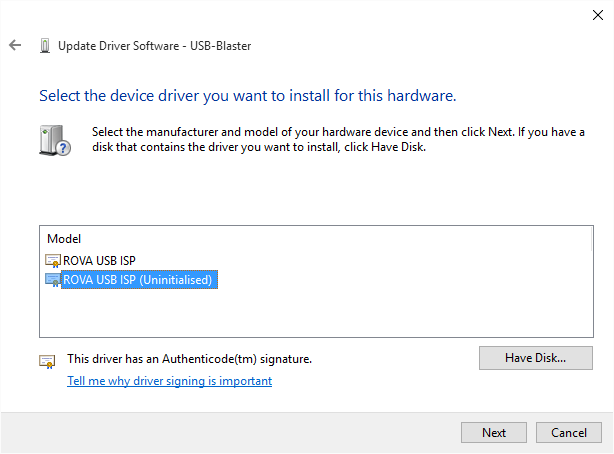 Next you’ll need install and run Cypress Control Center, which performs the change of firmware.

For the benefit of Cypress experts – You might be wanting to skip the firmware download process. If you’ve got a large enough EEPROM on your Cypress board, you can write the full running firmware image straight onto your board. 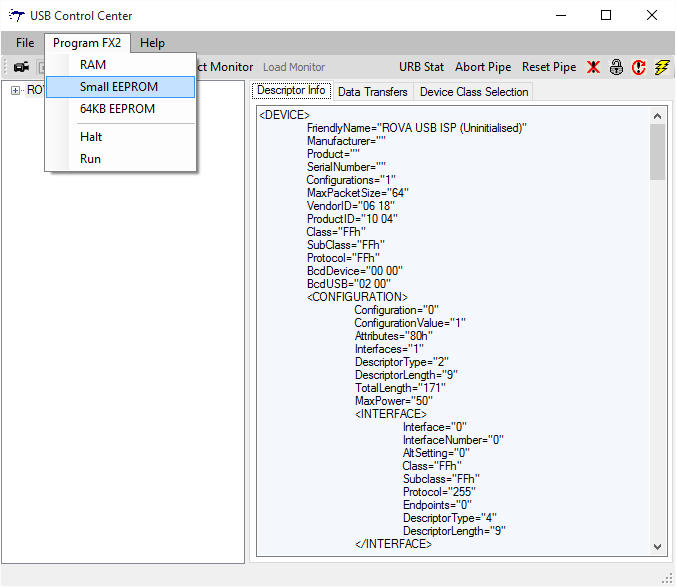 After successful program in the status bar, you can close Cypress Control Center. Unplug and replug the device.

Now run ROVATool. It should find and initialise the programmer. We’re almost good to go. 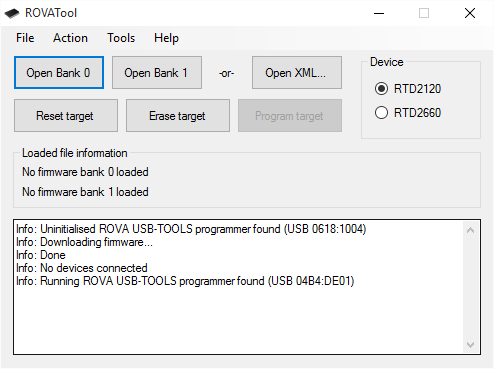 Now the icky bit, modifying the hardware. All that has to be done is to take port pins PB0 (SCL) and PB1 (SDA) to somewhere you can get at them. 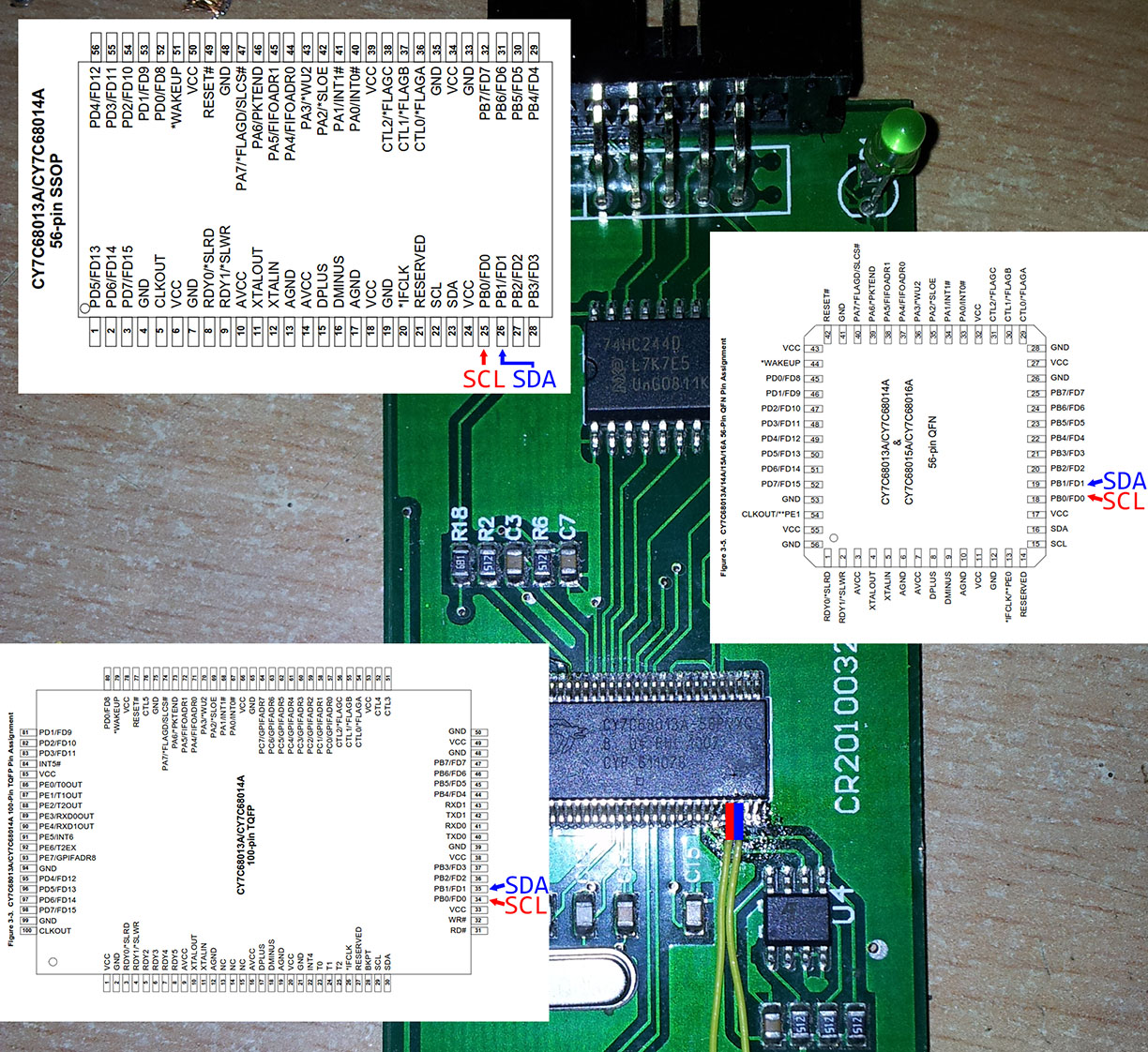 As shown here, the modification isn’t limited to 56 pin devices. Boards with larger chips on the can also be modified, if you’re that way inclined. 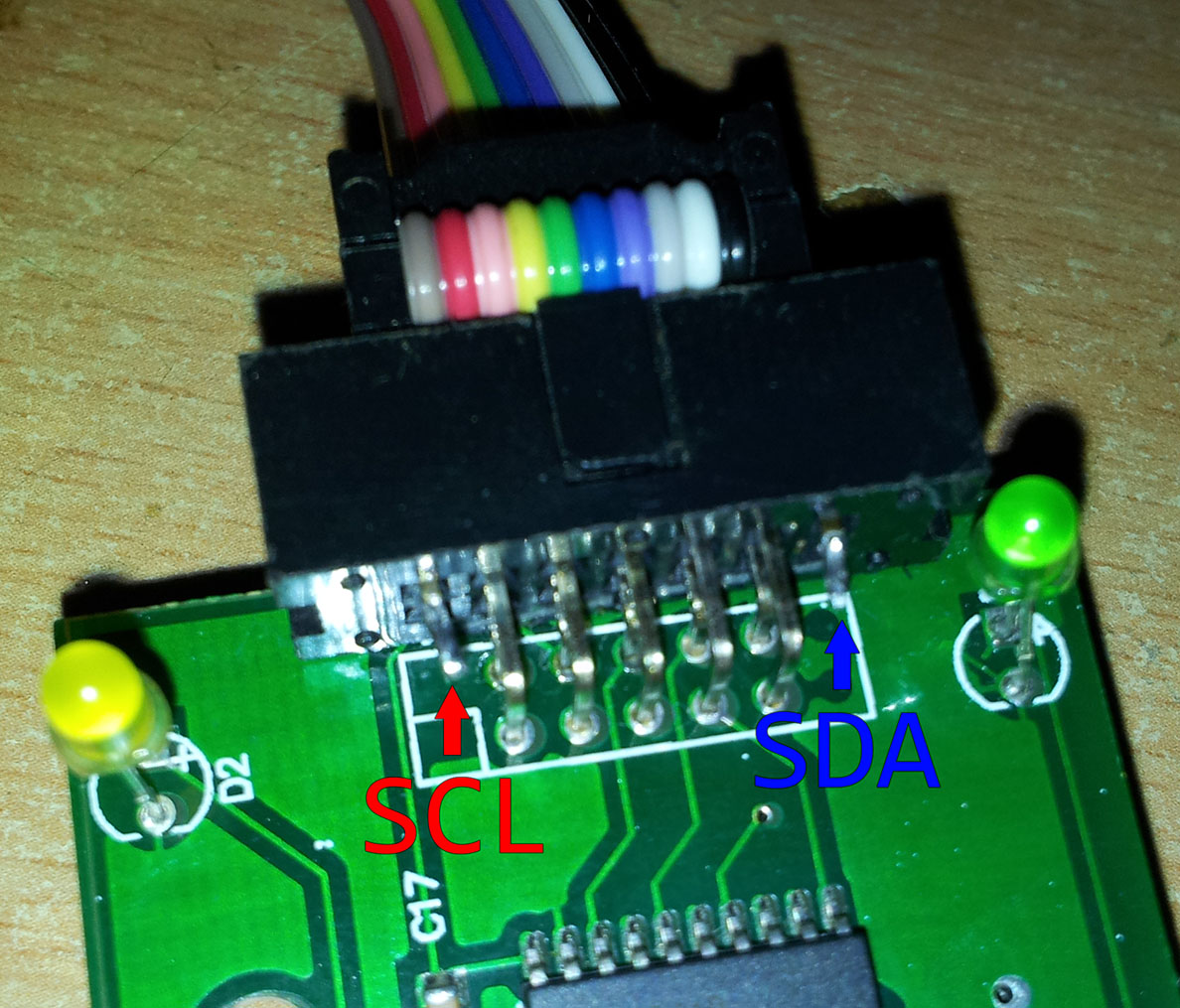 Converting the USB Blaster II back to its original firmware

Once that’s done, it’s likely that you’ll have to un-install the ROVA driver so that the Altera drivers can be installed again 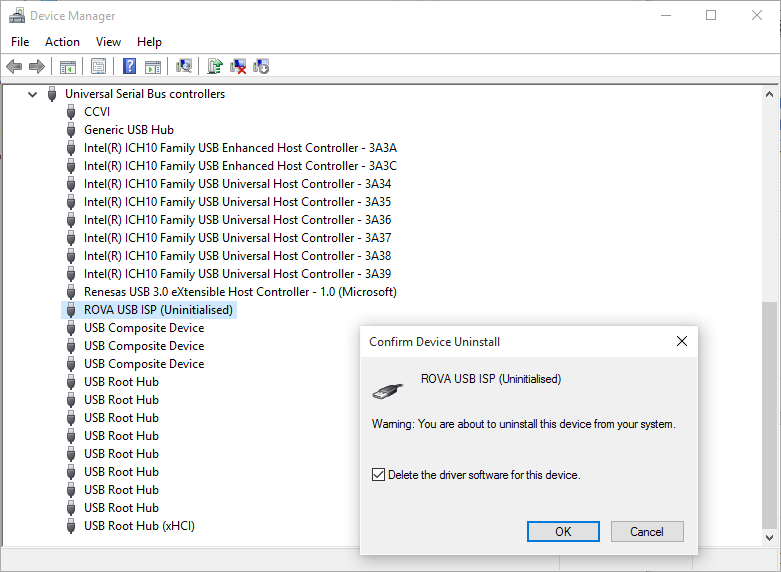